Stomach Problems Due to Diabetes Explained

As a diabetic you are probably aware that you are at risk of suffering one or more of the awful health problems this disease can cause… heart disease… stroke… kidney disease… nerve damage… neuropathy of the feet and hands… and damaged eyes due to glaucoma, cataracts and retinopathy.

Diabetes and Kidney Disease – How to Prevent Them

You can also end up with severe stomach problems. Here’s why:

The vagus nerve controls the muscles of the stomach and intestines. This nerve, like the other nerves in your body, can be damaged if you fail to control your blood glucose levels. This condition is called gastroparesis.

When the vagus nerve is damaged, the flow of food through your stomach is interrupted, your digestion slows down, and food remains in your body for much longer than it should. Indeed, the length of time your food takes to be digested becomes unpredictable.

This makes it very difficult to monitor your blood glucose and effectively control the effects diabetes is having on your heart, kidneys, nerves, feet and hands, and eyes.

The best thing you can do is to prevent gastroparesis in the first place… by gaining control of your blood glucose levels before the condition starts developing.

How is gastroparesis diagnosed?

Once your symptoms suggest that you may have gastroparesis, there are various tests that can be performed to confirm a diagnosis. These include tests that employ:

Barium x-ray… you drink a liquid containing barium (aka a barium swallow) which coats your oesophagus, stomach and small intestine and shows up on an x-ray which can be interpreted for gastroparesis.

Barium meal… you eat a meal with barium in it. A series of x-rays will show how long it takes to digest your meal, ie how quickly your stomach empties. Too slow and you have gastroparesis.

Radioisotope gastric-emptying scan… you eat food containing a radioactive substance. If a scan shows that more than half your meal is still in your stomach after one-and-a-half hours then you have gastroparesis.

Gastric manometry… a thin tube is inserted into your stomach through your mouth and throat to measure how quickly your food is digested.

Wireless motility capsule… is a tiny device that you swallow with a meal. Motility describes the contraction of the muscles that propel food through your gastrointestinal tract. The capsule measures the pressure, temperature and acidity of different parts in your gut and sends this data in the form of radio signals.

Upper endoscopy… in which an endoscope (thin tube) is passed down your throat so that the lining of your stomach can be seen.

Stomach biopsy… in which a small sample of tissue is taken from the stomach or small intestine which is examined in a medical laboratory for evidence of gastroparesis.

Electrogastrography… is a test in which electrodes are attached to your skin to measure the electrical activity in your stomach which can be interpreted for gastroparesis.

Ultrasound… is a test in which sound waves are used to show the inside of your body.

Unfortunately, once any of these tests confirm that you do indeed have gastroparesis there is no cure. However you can manage the condition and its symptoms.

One of the best ways to control gastroparesis is through your diet. There are several things you can do:

Frequency: eat smaller meals but eat more often. Instead of three regular meals a day, eat six small meals. This way you will have less food in your stomach and it’ll be easier for the food to leave your digestive system.

Texture: choose liquids, such as soups and broths, and other soft foodstuffs that are easy to digest. For example, eat pureed rather than solid fruit and vegetables.

Fats: avoid foods that are high in fat which tends to slow down digestion.

Diet: follow the beating diabetes diet… ie eat natural, unprocessed foods, mainly plants, that are… low in sugar… low in fat… low in salt… high in fibre… digested slowly… but excluding: all dairy products and eggs. You also need to drink plenty of water, to aid the absorption of the fibre you eat which can tend to slow down the passage of food through your stomach.

These simple adjustments to your diet will get your blood glucose levels under control and should also prevent your gastroparesis from getting any worse.

Certain medications can make gastroparesis worse. These include drugs for high blood pressure, anti-depressants, and certain medications for diabetes. You need to discuss this matter with the staff in your diabetes clinic, to see if you can have them changed.

There are several drugs that can be used specifically to treat either the cause or the symptoms of gastroparesis. However most of them have unwanted side effects.

Certain drugs can help move food along your digestive system:

Metoclopramide … increases muscle contractions in the upper digestive tract which helps food pass through your digestive system quicker. It may also prevent nausea and vomiting. You take this drug before you eat. Its side effects include diarrhoea.

Erythromycin… an antibiotic, also causes your stomach to push food along. Its side effects too include diarrhoea.

Domperidone… is another drug that increases the transit of food through the digestive system. It can also relieve the nausea and vomiting associated with gastroparesis. Its side effects include headache.

Other drugs can also help prevent nausea and vomiting:

Dimenhydrinate… is an antiemetic used in the treatment of the symptoms of motion-sickness, ie nausea and vomiting. It is available as an over-the-counter antihistamine in most jurisdictions. Its side effects include drowsiness and mucus in the lungs.

Ondansetron… is a drug that blocks the chemicals in your brain and stomach that cause nausea and vomiting. Its side effects include headache, fatigue, and constipation.

Prochlorperazine… is another medication that helps control nausea and vomiting. Its side effects include drowsiness, dizziness, blurry vision, skin reactions, and low blood pressure.

In extreme cases of gastroparesis, surgical intervention may be necessary:

Gastric electrical stimulation… uses a surgically implanted pacemaker-like device (a gastric pacer) with electrical connections to the surface of the stomach that sends brief, low-energy impulses to stimulate the contraction of the muscles that propel food through the stomach. This decreases the duration of satiety and may also help reduce nausea and vomiting.

Feeding tube placement… in extreme cases, a tube can be inserted through the abdominal wall directly into the small intestine. In this case the patient is fed special liquid meals through the tube.

Not a pleasant prospect.

Gastroparesis develops slowly over the years. It can be avoided if you get your blood glucose levels under control and the best way to do this is to follow the beating diabetes diet. 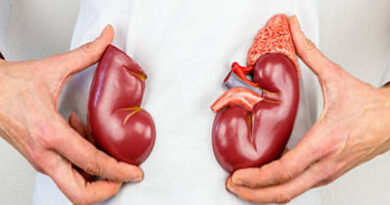 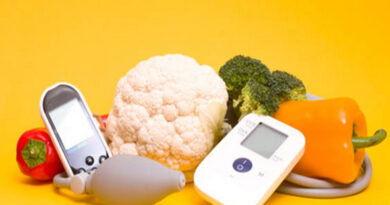 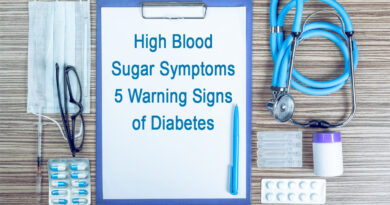